A few months ago, my brother in law asked if I would make a piece of art for his first wedding anniversary. He and his bride got engaged after a carriage ride at Disney World in Orlando, so he wanted a to surprise his wife with a simple black and white drawing of a silhouetted carriage with two figures and the Cinderella castle in the background.

That sounded sweet enough, but I felt like I could do something a bit livelier. Knowing that my brother in law likes LED lights, and having always wanted to make one, I decided to surprise him in turn with a light box illustration.

A lot of light boxes use plain white pieces of paper in multiple layers to create a silhouetted effect once the light is turned on, but I wanted to do layered color illustrations instead. 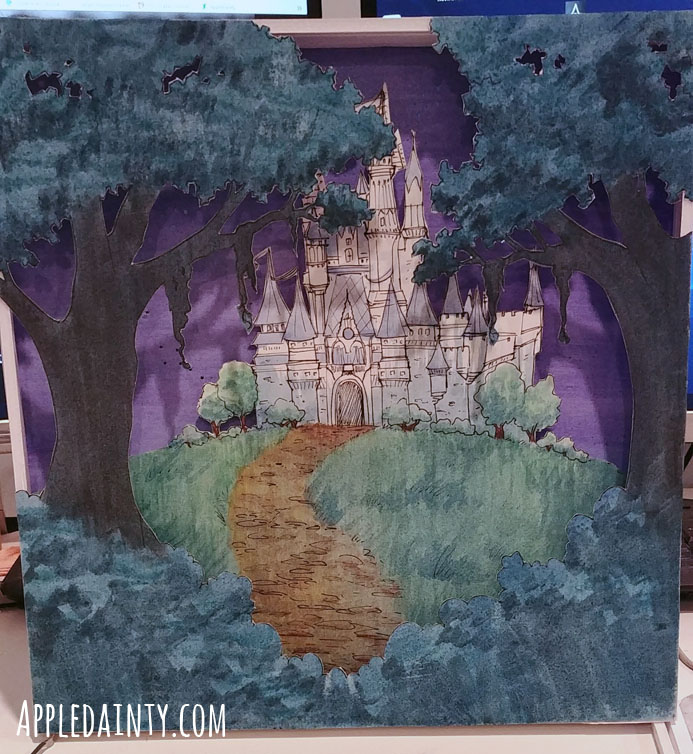 I wanted the piece to be enjoyable both whether or not the light was on. And, I wanted to give it more of a fireworks effect than an overall lighting effect.

I actually helped plan the proposal, and there were supposed to be fireworks at the end of the carriage ride. However, the fireworks were delayed due to rain. To top it off, they forgot their IDs at the hotel, and couldn’t buy drinks after she said yes.

Luckily, we had some drinks back at the hotel and I ordered some flowers to be delivered while they were on their carriage ride as a surprise. All in all, everything turned out well. 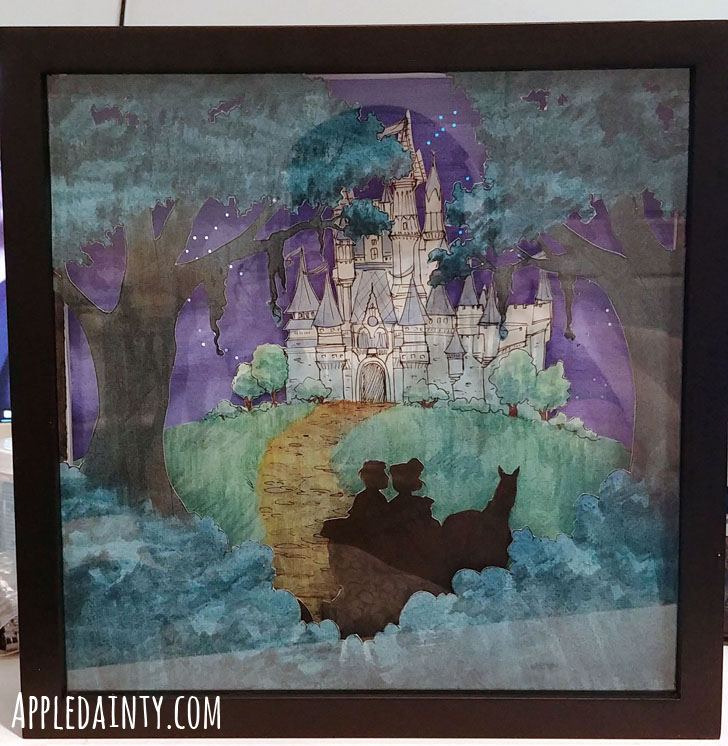 I’m very pleased to say that my brother and sister in law were both surprised and excited to see the finished piece, and it’s now hanging in their house.

I am satisfied to have been able to finally give them their fireworks. I’ll be posting a short video of the light effect on my Instagram if you want to give it a gander.

Anyhoo, that is all I’ve got for this week. I hope to see you at SaskExpo in September, or back here on the blog next week! If you like this blog and want to help support it, consider buying me a coffee. Your support is greatly appreciated, and I hope that you check back again soon for more art, crafts, and creativity.