The last few years I’ve been thinking a lot about how unhealthy the accumulation of too much ‘stuff’ is and how that ties into what I make and how I make it. One of the things I wanted to dedicate my time to this year was remaking old clothing into something new. To that effect I’ve gone through a great deal of my wardrobe, thinned it down, and picked some ‘new to me’ items – mostly kimonos – along with old items that I rarely wear that would make good projects.

This is my first kimono remake projects – taking a 100+ year old antique kimono and turning it into a dress. I picked this kimono because I thought it would make a good match with my Ho-Ou Fascinator, as both are a lovely shade of purple and feature a many-tailed phoenix motif.

This kimono started out a little too small for me; I could have worn it as it was, but not comfortably. It was in very good condition for its age, but even now still smells vaguely of moth balls or some kind of chemical preservative. I had enough material to make the body of the dress; even the red piping and bias tape details on the collar were made from the original red lining of the kimono. But, the sleeves are new fabric – there just weren’t large enough pieces to create sleeves from. 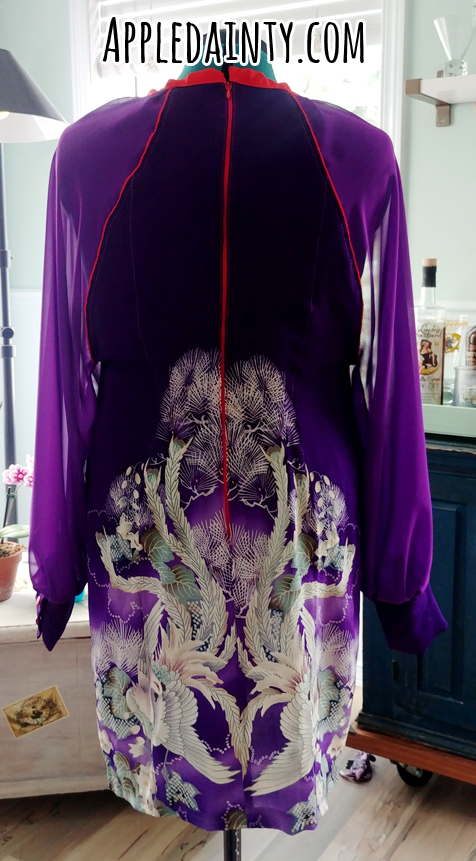 I chose to put the phoenix pattern on the back of the dress, as I thought it would have more impact, but didn’t quite line the pattern up perfectly. I don’t think this is necessarily the worst error; the kimono itself didn’t line up perfectly originally, and I think it still looks pretty good.

The only thing about this dress that really bothers me is the wobblyness of the piping around the sleeves. I didn’t sew it in perfectly; I considered taking it out and redoing it, but decided against it – I’m not sure it would have turned out better after a second go, and the fabric on the piping is delicate. I could have made more, but I wanted to finish it. One of the sleeves looks fine, the other is a bit too wobbly, but I think it looks better when worn. 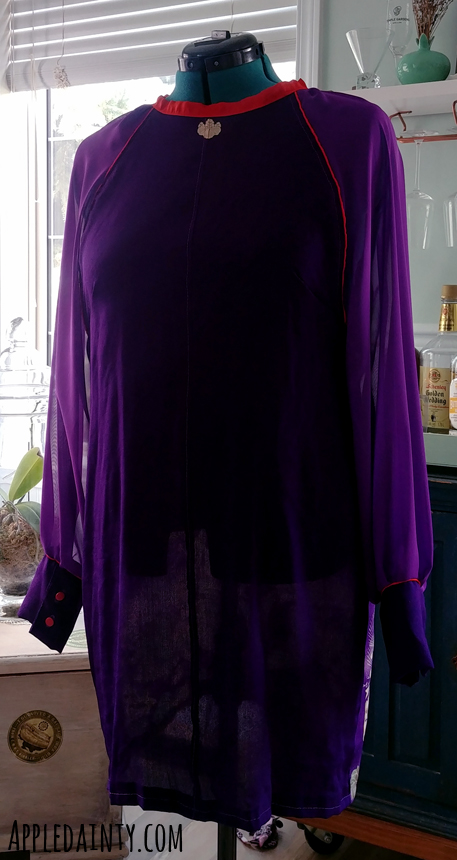 The front of the dress is on the plain side. The main detail on the front of the dress is the paulownia kamon, or crest. Traditionally, families in Japan would emblazon their kimono with their related crest. But, since many people buy kimono second hand now instead of paying for expensive new kimono, they often don’t display the ‘proper’ crest on their kimono. Since this is a kimono remake, I’ve decided to honor the history of this antique kimono by keeping one kamon  on the front, just under the collar.

I still have quite a bit of fabric left over from this project, which I have  few ideas for. I plan to make some purses, and maybe some kanzashi and/or omamori using the remainder of the fabric from this kimono. When I was living in Japan I found it remarkable how dedicated the majority of Japanese people were to recycling; the cycle of life and rebirth evident in numerous forms – including the practice of remaking kimono. Even crafts like kanzashi and temari started out as a way of recycling old kimono into vibrant new artistic works.

I haven’t had the chance to wear this dress yet, but I hope that I’ll be able to wear it next year if or when travel reopens. The later it gets into the year the less likely it seems like I’ll be able to make my artistic study trip to Japan.

If that does fall through it might be an opportunity to get a photo shoot together for all of the new pieces I’ve produced. I have a list of planned works that have kind of stalled out since I started my new job, but I’m getting back into the swing of things – and if I can get a few full looks together I might be able to put together a look book for my first collection next year. If this year has taught me anything it’s that things don’t always go as planned – but that just means you need to bend with the changing winds.

If you enjoyed this post, please check back again next week for more arts, crafts and creativity! 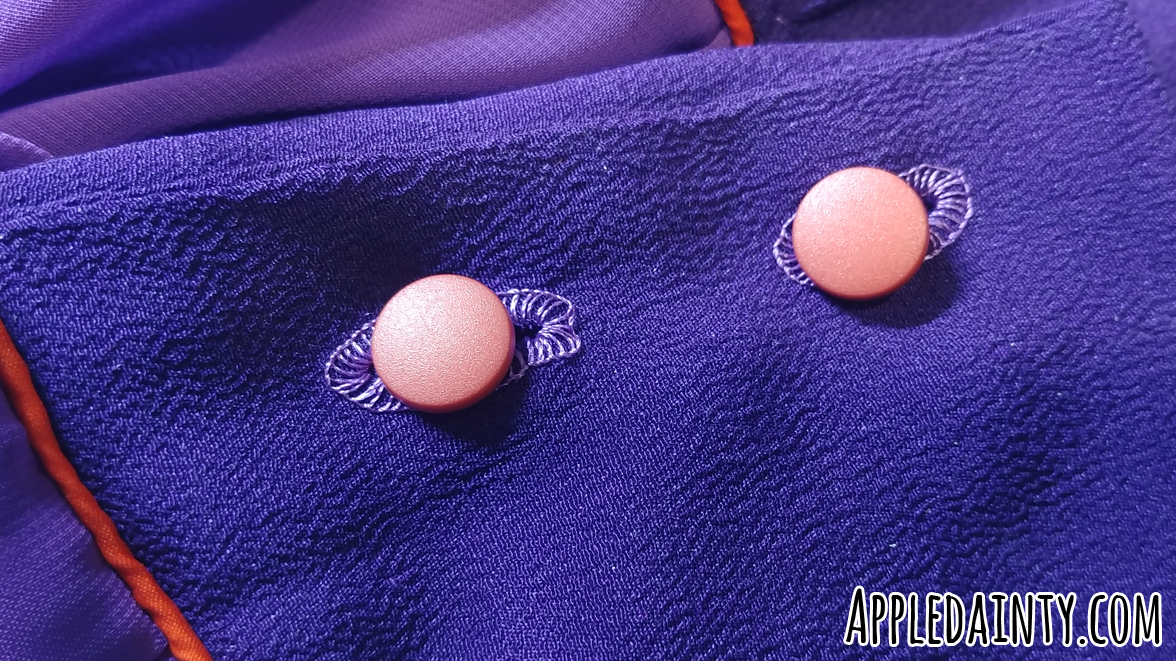